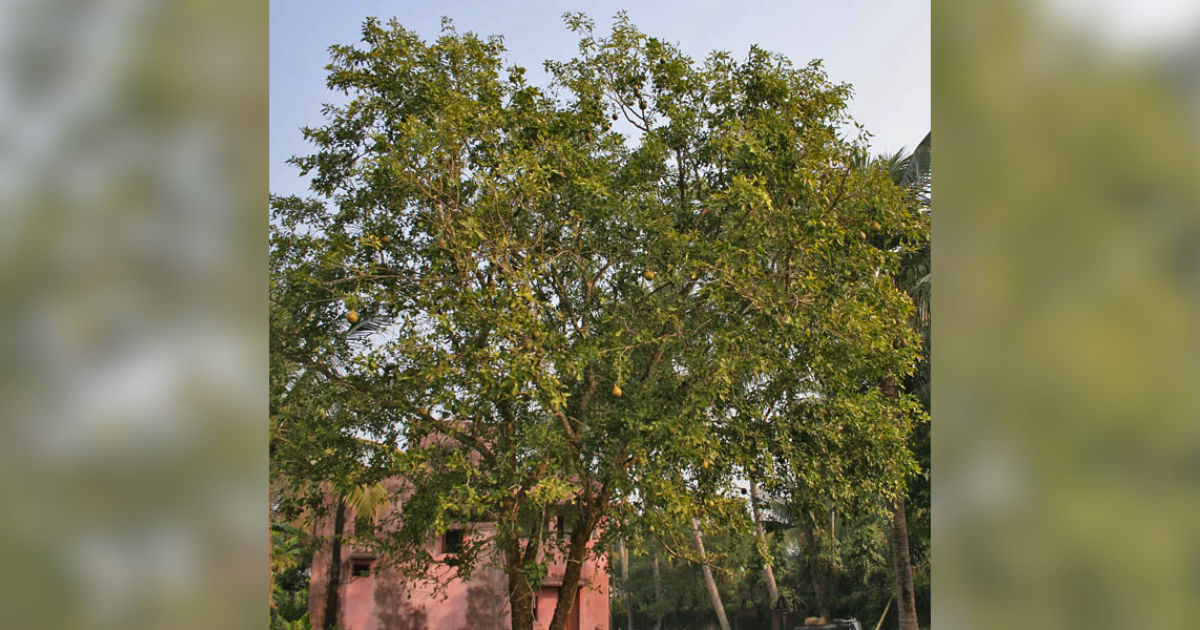 I love my gifts and enjoy giving gifts. Over the years I have been asking for plants for my birthday. A few days ago was my husband’s birthday and I thought of what happened to my Bael plants, which I had received for two of my birthdays. We have many sacred plants in India and I have been nurturing them. Some survive and some do not. They are very demanding as they need bright sunshine and my neighbor has built a high wall and blocked our sun.

Anyways coming to my Bael plant, I wanted it because it grew thousands of years ago from the sweat of Parvati which fell on Mountain Mandra. Shiva meditated on Mount Mandra. Mount Mandra was also used as a churning rod when the ocean of milk was churned. The bael (stone apple) tree has medicinal properties and is venerated because its leaves are offered to Shiva on the darkest night of the year (Maha Shiva Ratri). Also for daily worship it is offered to Shiva to attain benefits.

Another story connected to the Stone Apple tree is about a hunter. This hunter was killing animals and surviving by feeding his family their flesh. In the forest there are many predators and one day when he had shot a deer, a lion wanted it also. The hunter was terrified and he climbed a tree. The lion was waiting below. It was a dense forest and there were bears there and bears can climb trees. The hunter remained silent and kept himself awake by plucking one leaf at a time and throwing it on the ground. The tree he had climbed was a Bael tree and there was a Shiva Linga under it. Dawn broke and the lion went away. Shiva appeared before the hunter and granted him salvation of the soul. Shiva is the kindest God who only looks at sincerity and diligence and because the hunter had been awake and so persistent on the night of Maha Shiva Ratri, he was blessed.

We offer the leaves to Shiva, whenever we can buy the leaves. The Bael leaves have a cooling property and it cools the hot Shiva Linga. Shiva is the destroyer of evil and carnage. Juice is made from the fruit and it is drunk in the summer months. Coming back to my first little bael plant, which I bought for my 60th birthday, I nurtured it and imagined that I would have a tree in my backyard, despite not having the sun beating on it. What happened was that every day, someone would come and pluck a few leaves. The little tree tried hard to survive, and it died. The next birthday I bought another plant, it was a little bigger and because it is a sacred plant it is very expensive. I put a little fence around it. Leaves started sprouting. I was having dreams of a big tree. Anyways the plant was stripped of all its leaves. It is said that if one offers a trifoliate bael leaf to Shiva, S/he is blessed with whatever S/he desires. So my tree died and all that was left was a dry twig.

The moral of my story I hope it gave the devotee/thief/plunderer what his/her heart desired.