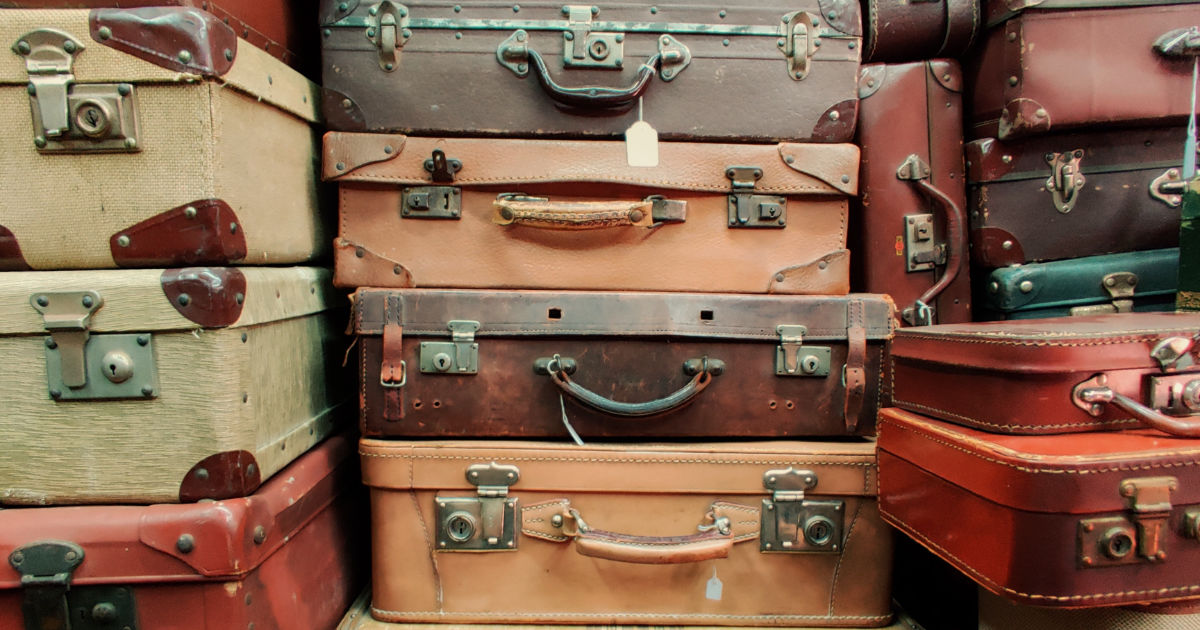 Going on vacation, is the hardest thing. Once you reach it is perfect, but until you leave your home and are on the flight, you are worked up. I am always stressed when I have to go out of Delhi. I hate packing and it makes me very uneasy, that I will forget many things.

It started after my twin sons were born and we used to visit my parents. We means my sons and me as my husband was never able to get leave at the same time as when we planned to go. Well my packing comprised food for the boys as they ate few things, mainly cheese cubes, hard boiled eggs and bread and jam on the journey. A five-liter-can of boiled water for drinking, a broom to sweep the compartment, newspaper, wet wipes for grimy faces, hands and feet. And last but not least our cat, Melissa, who travelled with us in a bird cage.

She was the best traveller as she behaved herself, was clean and ate cheese and eggs. No wet wipes for her. At night she came out of her bird cage and slept with me, purring loudly. It was a long journey. Thirty-six hours from Chennai to Lucknow and from Munger it was twenty hours. Trains became faster and the boys grew older. Now they packed themselves, they started when they were seven. At the airport, in Chennai, there had been a bomb blast and of course my husband could not come. He was outside waiting to see us go in. They looked at our bags and opened them. Inside they found two tennis rackets, a cricket set and two pairs of roller skates. A few clothes had been packed. My poor husband could see all this, but he was helpless and so was I. Fortunately, a kind man offered to take our excess baggage. He had only a small bag. How thankful I was. In those days, in the 80s, it was possible to do this.

Well it is my turn to share how I lost my cool, which was on the 16th of February. We were leaving for Goa for a much needed vacation. I had to make lunch for the flight as my husband does not like the food at the airport. So I had to cook the lunch, organize my cats’ food and generally the other things we all have to do in the house. I was in a hurry and my pain threshold level has become low after my surgery. Any ways I was cross with my housekeeper as I had to show her how to do the chapatti rolls and I had forgotten to take a pain killer.

Outcome, I felt rotten for losing my cool, out of control and I forgot to pack many things. On the flight they gave us lunch, and so what I had cooked we did not eat. We reached Goa. We are staying at a place with a beautiful garden and can walk to the beach.

What is the moral here?

I am so mad at myself for becoming obsessed about making the lunch and for being snappy and rude. In the end it was not eaten. Why be impatient and try to be perfect. We could have eaten crackers, my husband has a delicate stomach and he has to be careful. I am contrite and I could have been more sensitive and aware.

Swamiji said that one must be detached and smiling. I remember this clearly as I had organized a Yoga Convention for Swamiji in Chennai. It was a success, and there were hundreds of people who came to see him off, asking for mantra diksha. He almost missed the train and I had requested the guard to wait a few minutes as his dinner had not come. Finally the guard said that he could not hold up the train, he blew the whistle. Swamiji kept smiling and said to me that it did not matter. He was fine. His dinner never arrived. Nothing upset him, he was always smiling. We all can learn from this experience, and maintain our balance, as this too shall pass.