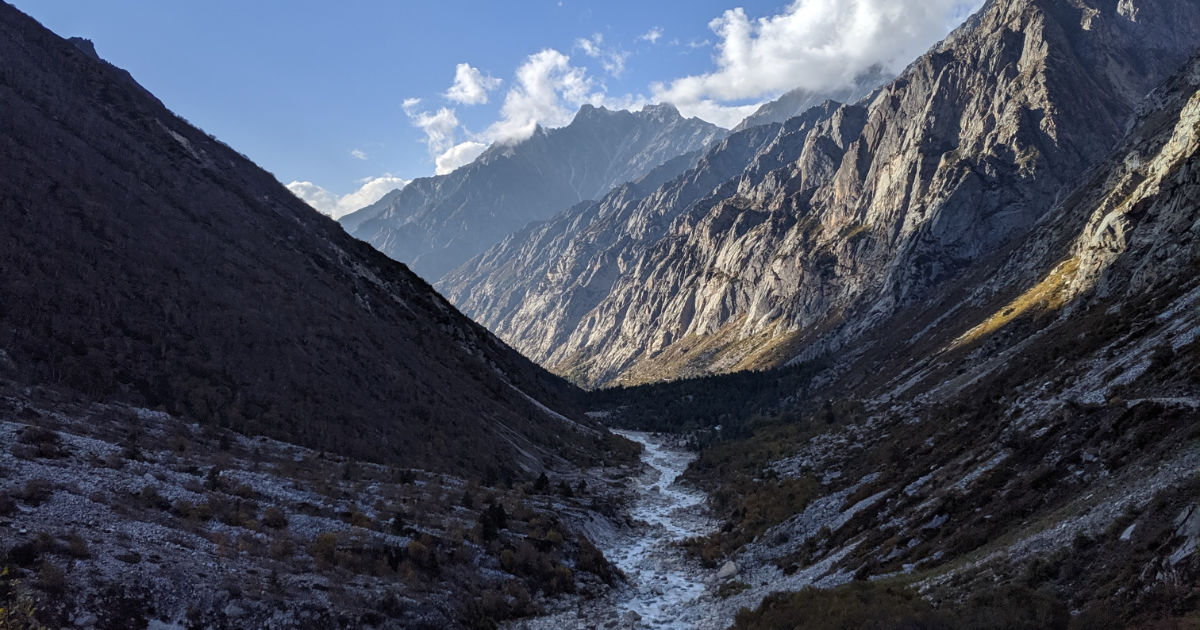 The triumvirate which consists of Brahma the creator, Vishnu the preserver, and Shiva the destroyer were responsible for Ganga descending on earth. One day Shiva started singing and Vishnu was held spellbound by the melody. Shiva’s singing affected him so profoundly that he started melting.

Brahma had the presence of mind to catch the liquid Vishnu in a pot, and this translucent fluid was poured on the earth. It took the form of Ganga, the purest river on earth. Ganga ma nourishes the earth. By bathing in the Ganga, all our sins are cleansed, and we are in the arms of God (Ganga Mahatmya).

Mischief of the devas lead to Ganga’s plunge into earth. The river nymph Ganga was very playful and pretty. She loved dancing and she had a laugh which sounded like tinkling anklets. The Devas were enchanted by her beauty and innocence and were always asking her to dance. However one day when she was dancing for them, a sage also happened to be in the heavens. A fierce wind blew and the sage’s clothes which were loosely wrapped, unfurled.

The Devas being mischievous young gods, turned their backs and were laughing silently. Ganga being an innocent let out a tinkling laugh. The sage was enraged and he said to her, “Stupid girl, why are you laughing, you should be helping me to wrap my clothes.” He punished her and sent her to earth to flood the earth. Shiva entrapped her in his dread locks. She represents the material wealth which can overwhelm our senses and Shiva’s dread locks represent total mental discipline of yoga.

Too harsh on a young nymph

Ganga was distraught by the curse of the sage, and the sage also realized that he had been too harsh on a young nymph. So he said that all impurities would be cleansed by her water on earth. If Parvati had not been by Shiva’s side, Shiva would have frozen Ganga, the river nymph to snow. Ganga was released slowly by Shiva on to earth. Ganga ma is a river which flows gently, sustaining life on her banks.

We have two lovely stories about Ganga. She is a mighty river and when you sit on her banks you are awash with peace.

Photo by Vishnu Prasad on Unsplash