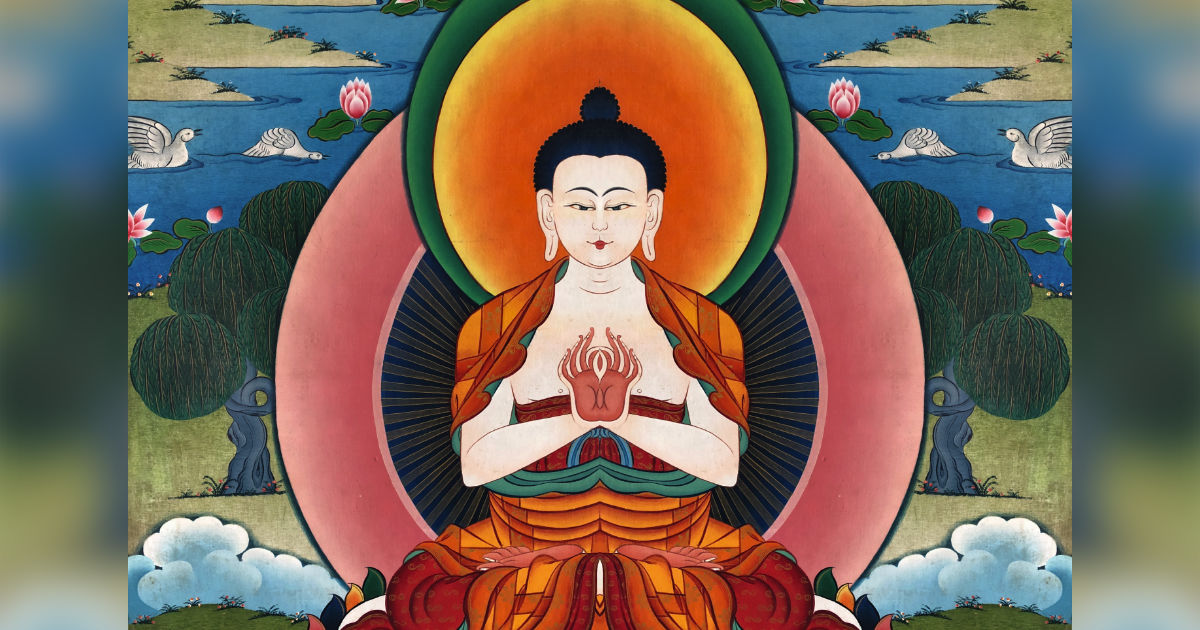 The Therigatha is an anthology of poems about the first Buddhist women who were ordained as nuns. They were known as theris, senior ones. They were given this title because they were enlightened. Gatha means poems and in the Therigatha, these songs are about their experiences.

Dhammapala who was a commentator in the sixth century, calls the theris’ poems udana, which means “inspired utterances.” The Therigatha is considered one of the first poems written by women in India. They were written in Pali. I will share some of the poems with you.

Tissa, train yourself strictly, don’t let
what can hold you back overwhelm you.
When you are free from everything that holds you back
you can live in the world
without the depravities that ooze out from within.

Spoken by the Buddha to her. She was one of the future Buddha’s concubines. Buddha sent a vision of himself to her reciting this verse. All the poems given here are recitations of the Buddha to these women. And he also appeared in an apparition to them. They all became enlightened after the visitation.

Tissa, hold fast to good things, don’t let the moment escape.
Those who end up in hell cry over moments now past.

The name you are called by means self-reliance, Dhira,
so know these for yourself:
cessation, the stilling of projections, happiness.
Attain nibbana, unsurpassed safety from all that holds you back. (Nibbana is nirvana)

The name you are called by means friend, Mitta,
you became a nun out of faith,
now be someone who delights in friends,
become morally skillful
for the sake of that unsurpassed safety from all that holds you back.

The name I am called by means freed
and I am quite free, well-free from three crooked things, mortar, pestle, and husband with his own crooked thing.
I am freed from birth and death, what leads to rebirth has been rooted out.

Mutta was the daughter of a poor Brahman and she was married to a hunchback.

When I read the poems, I was envious that the Buddha appeared to these women and uttered these udanas. I also thought of his wonderful compassion and empathy that he was aware of what women were going though. All these women were inspired and they were able to give other women strength and guide them. Each poem is a jewel and we can see ourselves in them.

Poems of the First Buddhist Women translated by Charles Hallisey.