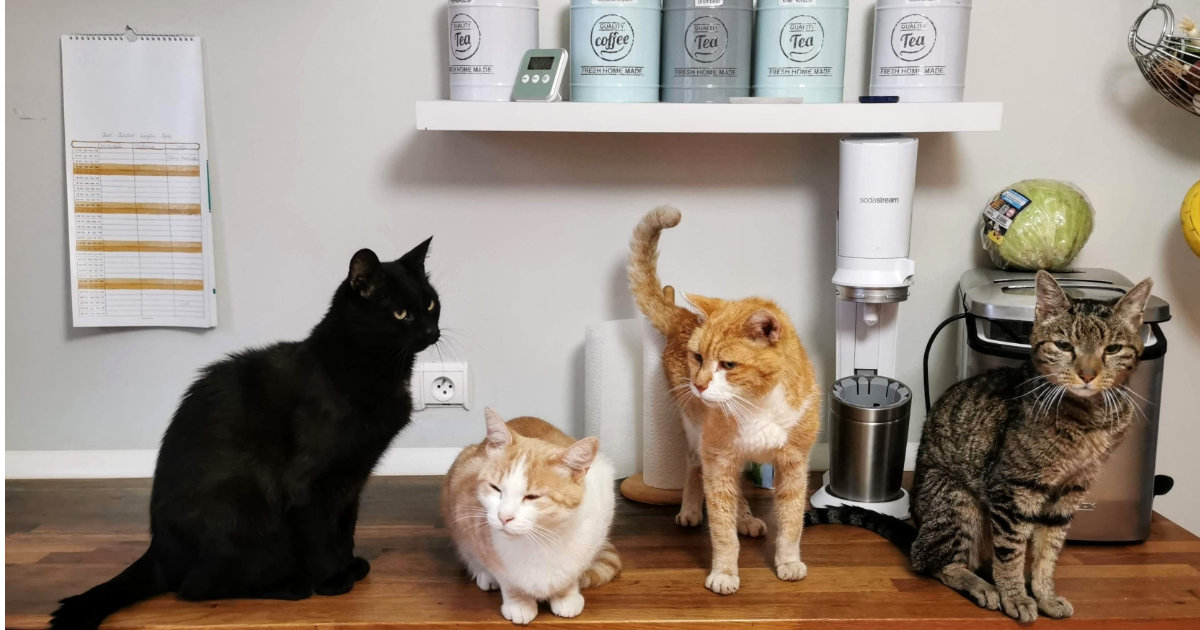 When does one retaliate or does one never seek retribution? I am having a daily crisis in my life and I just am not able to handle it. I have two cats which live in my balcony. They are mother and son and are non-violent. They have never caught a bird or mouse. Even the birds skim over the boy’s head when he is asleep. It is a miracle as they have been born and raised in our balcony.

Lulu Lola’s mother was an abandoned Abyssinian, and her father was a Bengal cat. Her mother had a vile disposition and I think that they were deserted by their owners as Poppea, the mother was a slapper. When I saw these two cats I felt very sorry for them as they were imported cats. Poppea had one green eye and one blue eye, and Shani was a big black cat with green eyes. We were all living happily, maintaining distance from them.

The parents would come for their meals and then leave. However the story changed as Poppea left a kitten, which now saw us as her parents. We had lost our wiener dog, after fifteen years and he was our great grandson. Well I had a hole in my heart and Lulu Lola filled it. Then we were presented with another kitty, which was Moti Lal, her son. Both were now ensconced in the balcony, napping and going for walks. Lulu has not taught her son anything. We had to show him how to jump from the balcony and climb trees.

The story continued but now we have an enormous golden cat with golden eyes terrorizing mother and son. Lulu is okay but Moti Lal, being a little special cannot defend himself. We have to chase Tawny, the handsome rogue. He is not afraid of us, even when we wave a stick at him or attempt to throw cold water at him. He looks at us, as if he belongs to us and is fearless. He knows that we think him to be a good looking fellow and he also knows that we will not hurt him.

Now my dilemma is what can we do? I shouted at him the other day and accidentally called him sweetheart. To tell you the truth using a term of endearment made me feel better but he stayed on the ledge of the balcony like a Sphinx. So now my husband says that I have brought this upon myself by feeding them Meow, and other tasty morsels.

Providing beds in the winter and tending to their wounds. I have looked up many books and I have not found a solution. I cannot hurt him but he will not leave and Moti Lal being mentally challenged is helpless. He has even lost his Meow because he was once involved in a fight. Now he whispers.

A cobra and a saint

I will share a story about a cobra and a saint. Once upon a time when animals and humans conversed freely, a saint was walking on the banks of the Ganga. He saw a crowd of boys running towards him. He halted them and asked them, what they were fleeing from. They replied that a vicious cobra was chasing them. The saint then came upon the cobra and said to him, “Why were you chasing innocent boys?”

The cobra kept quiet and then the holy man continued, “Remain meek and calm. Why threaten them?” The cobra was very moved by these words and promised not to be aggressive. After a while another group of boys walked past. The cobra was coiled up and he did not attack them. They immediately threw stones at him and beat him with a stick. The cobra was badly wounded and weak.

The saint was returning from his walk, another day, when he saw the injured cobra. He asked him, “What happened?” The cobra answered that he had followed the saint’s advice. The saint replied, Oh you silly cobra, did I say that you should not frighten them, when they attacked you. Don’t you catch your prey to feed yourself? How can you forget your own nature?”

When aggressive tendencies are misused, they cause a great deal of harm. So I will let the Goddess take care of Moti Lal, and will continue to frighten Tawny away, who remains fearless and clear in his thinking that he will come to no harm from us.