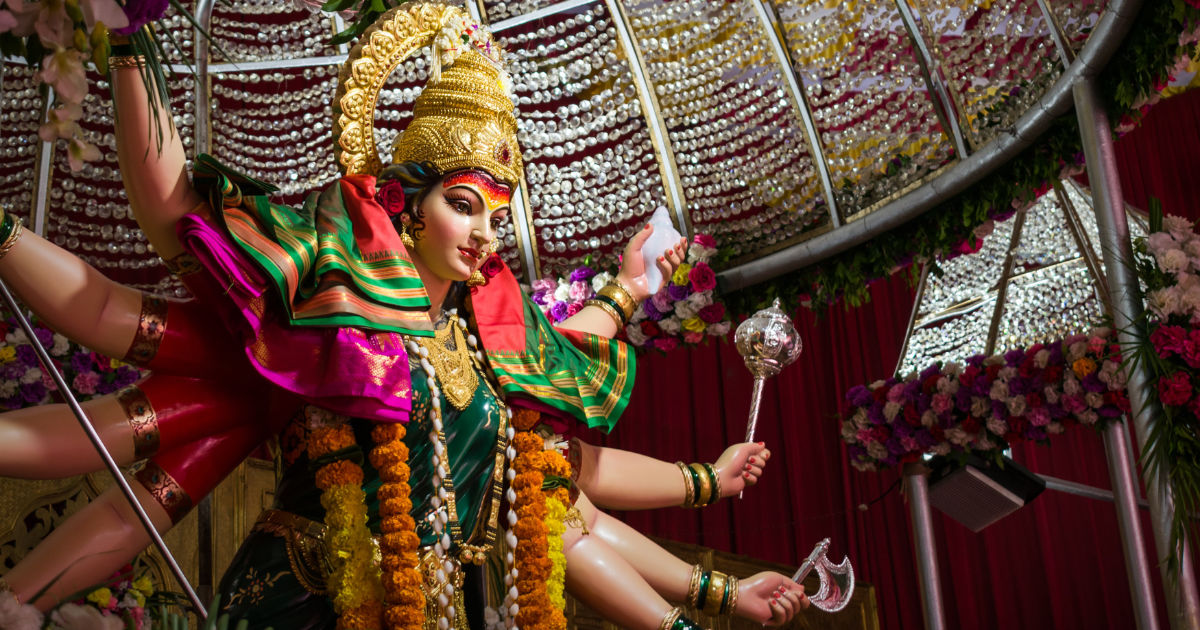 And now the continuation from yesterday. Here you can find part 1.

Now we come to the battle between Rama and Ravana. When the battle started, a boon from Brahma revived Ravana and he worshipped Devi Ambika, who sat in the chariot with him. Rama was dismayed when he saw the Devi sitting with him. How would he rescue Sita? All the Gods assembled and approached Vishnu for a solution. Vishnu suggested that Rama should pray to Goddess Durga or Goddess Chandika. Rama started praying to Chandika, but she was not satisfied with his prayers.

Then Vibhishana (who had become Ram’s ally), Ravana’s brother said to Rama that he should offer 108 blue lotuses to the Goddess. Rama dispatched Hanuman to Debidiha, the only place where blue lotuses grew. He plucked all the 108 lotuses and flew back to Rama. Rama started the prayers and halfway through he discovered that there were only 107 lotuses. Rama attempted to pluck his eye out, when Durga Ma appeared before him. She blessed him and said that she would leave Ravana’s side so that he could kill Ravana and rescue Sita.

What does that mean?

Let us understand this complex story, which is part of our faith. The Mother Goddess blesses us when we pray with sincerity and honesty to her. Our hearts have to be pure. In Ravana’s case, because of his genuineness he was revived by Brahma. The Goddess Ambika, Lalita Devi sat by his side in his magical chariot. Rama on the other hand thought of himself as an ordinary mortal and he was held back because he saw the Goddess sitting with Ravana. His Godliness and purity are shown. It was like a radiance of innocence and goodness. He prayed to the Goddess and when he tried to pluck his eye out to complete the 108 lotuses, she appeared before him.

Mother will grant what we ask her, but remember that it is always a test. We can pass or fail.