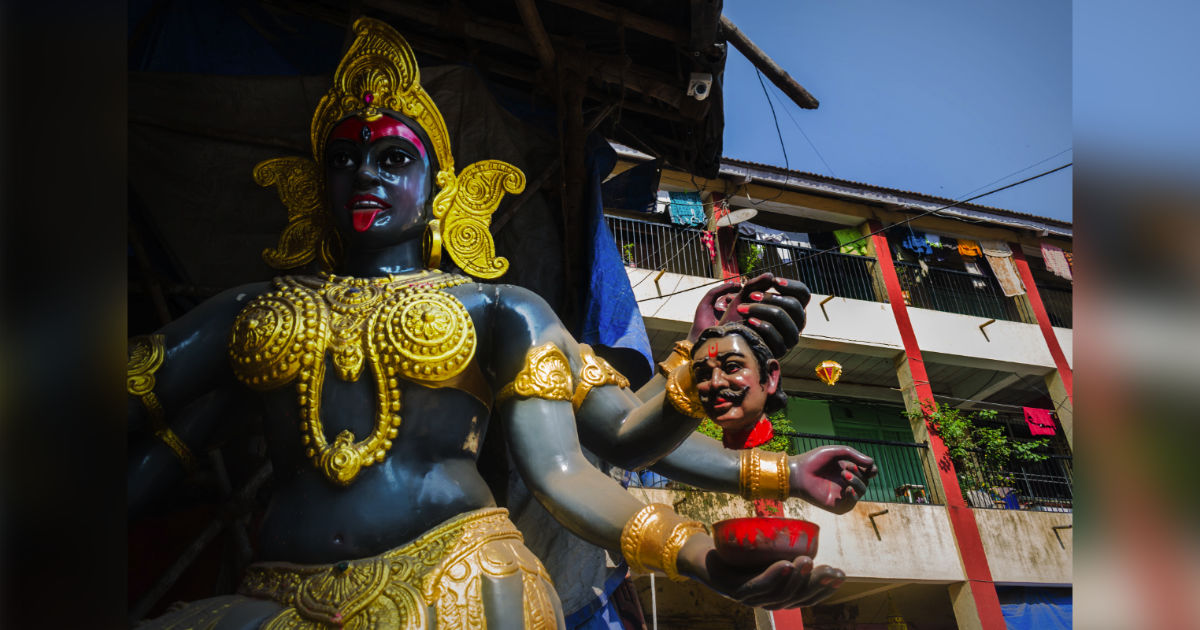 When some of us think of Hindu Goddesses, we associate some of them with being fierce and blood thirsty. That is not the case; it is our misunderstanding which has been reinforced by the distortion of facts. As a child, I never felt afraid of Kali, Tara, Chinnamasti, Matangi and Bhairavi. They all wear garlands of skulls or severed heads.

They also hold a freshly cut head or skulls in their hands. Skulls sometimes adorn Tara’s forehead and sometimes Kali’s hair. It was natural for me and if one saw a sadhu using the skull as a begging bowl, it was not unusual. Now of course we rarely see that. The goddesses were normal goddesses, for me it was just the mother in her different forms and she would never make her children afraid. It was the wandering wicked, tantric, wearing garlands of skulls, who would say that if you do not give me dana (donation), I will cast a spell on you.

My mother dismissed them by telling us that they were evil people, and they could never harm us with their ill wishes. Then they would exhort the Goddess to come down, thinking that we would be terrified, by then we would have been dragged away by our angry mother. We wanted to see the Goddess, because we were children and were not afraid. They were fake holy men and they played with our innocence.

The severed head or skull worn by the goddesses is symbolic of transformed consciousness. The Goddess wears heads which have been sacrificed and always male in the iconography. Observe the heads that the Goddesses wear always have an expression of great peace.

Be not afraid, be free of fear. Mother always protects her children.