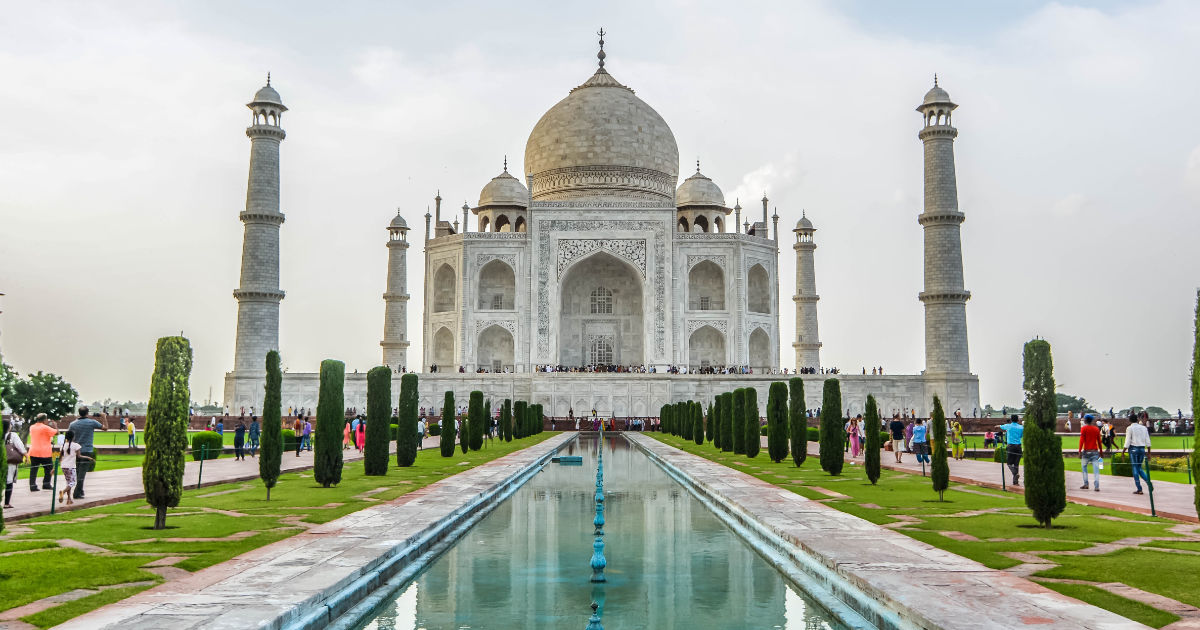 On Saturday was my Birthday, and we decided to visit Agra and see the Taj Mahal one more time. The Taj Mahal is one of the seven wonders of the world. It is made from flawless white marble on the bank of the river Yamuna. It was built by the Emperor Shah Jehan to co-memo rate his love for his favorite wife Mumtaz Mahal.

It was erected in 1632. It is a testimony of Shah Jehan’s love for his wife. Rabindranath Tagore has described it as a teardrop on the cheeks of time. It is a romance celebrated in marble and glorified with precious and semi-precious stones. Taj Mahal means crown palace. His wife died while accompanying her husband to Burhanpur in a battle to crush a rebellion. The emperor was shattered by her death and his beard and hair became white.

However, it did not come to pass as he was arrested by his son and heir to the throne. He could not keep his last promise. He was eight years in prison, ill and weak. The story is that he could gaze at the Taj, through a diamond fixed in the wall, at a particular angle.

There is one last story and this one is about the cutting of the craftsmen hands, so that they could never replicate it again.

Even today when we admire the Taj, we take a message for all mankind that pure love is the soul of life.

Photo by Koushik Chowdavarapu on Unsplash