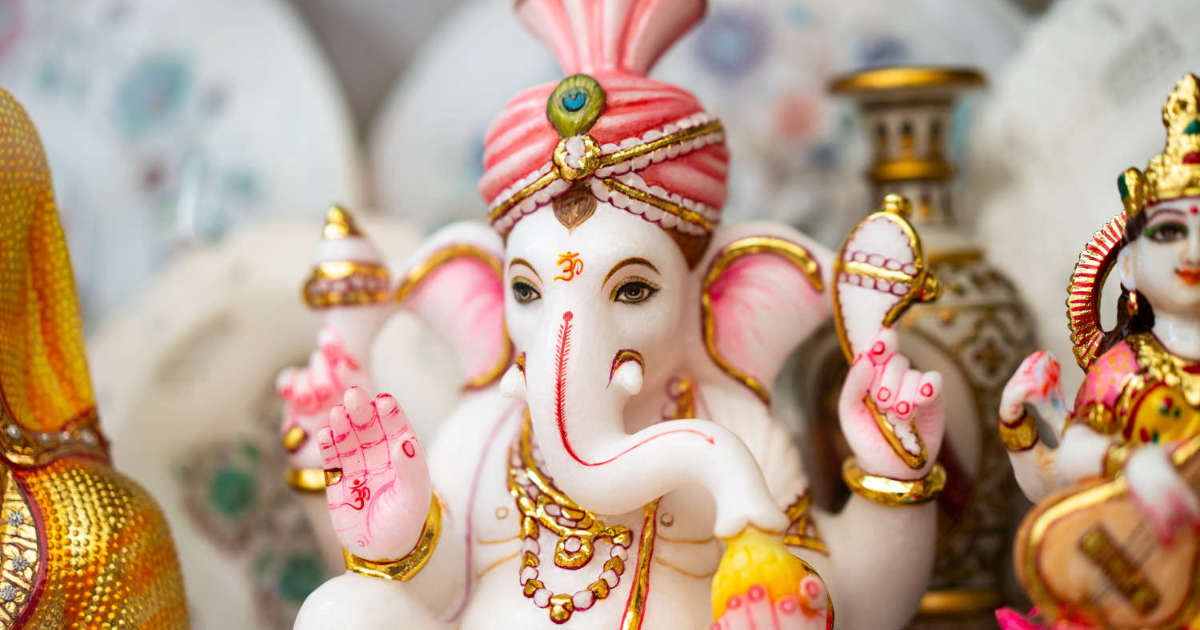 Ma Shakti created Ganesha. She did not desire a son, she created him to be her protector. After Shiva beheaded Ganesha in a fearsome rage, there was pandemonium in the universe. Parvati assumed the form of Kali and was prepared to destroy and devour all the worlds. The Gods and devas were terrified, and the Gods said that they will have to give him some of their attributes. Shiva called him Ganesha which means ruler, gana means a group of people and isha means master.

So Ganesha became controller of all life forms, the celestial, cosmic, the divine, the human, the gross and the demons. Shiva blessed him and said that he would create obstacles for the evil and remove obstacles for the pure. He is called Chatur-bhujam, the remover of obstacles. He has four arms representing the four inner equipments of the individual, ahamkara, the ego principle, chitta the archetypal memories, buddhi, the gross intellect and manas the thinking interactive mind. He is the master of the mahat tattwa (pure consciousness).

The meaning of the four hands

In one hand he has an axe, in another a rope. With the axe he severs the attachments of his devotees and with the rope he pulls them closer and closer to self-realization. In his third hand he holds a modak (rice ball) representing the rewards of the sadhana which his devotees perform. With his other hand he blesses and protects his devotees from all difficulties on their spiritual path. The four hands are also understood to be the strong power of the words and sentences that are formed by using the characters of the varnamala. The hands are the means of doing all karma and the words which enable us to perform the karmas in order to seek the truth. 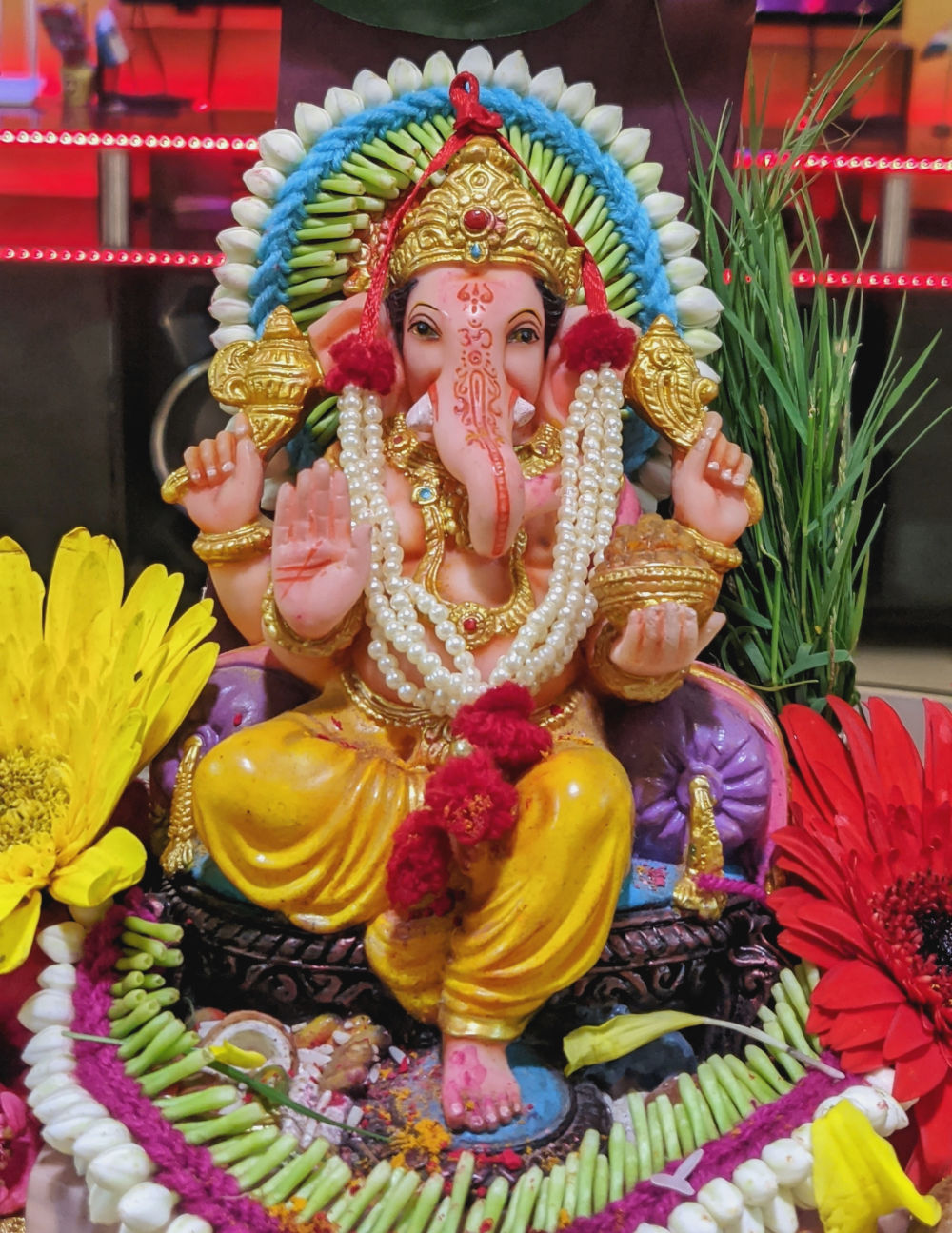 Ganapati is the lord of our whole Varnmala (holy alphabet). Varnamala means a garland of colours because each character has a distinct colour and each character is a bija mantra. Therefore the job of utterance and purification has been gifted to Ganesha. In order to pray to Ganesha, we need to have to have a balanced mind and body. Our prana must flow through the ida and pingala nadis and then through sushumna nadi. By practicing atma bhava, empathy, and positivity, Ganesha is present in us. Ganesha being the door keeper now ensures that we are bathed in a sea of equanimity. We are protected if any obstacle comes our way as we can perceive it with neutrality and receptivity. Lastly Ganesha is not the guardian of Parvati only. Parvati represents the cosmic Shakti and this cosmic Shakti is manifest in millions of forms. Ganesha protects this Shakti and maintains the purity of Shakti from being corrupted by our ignorance.