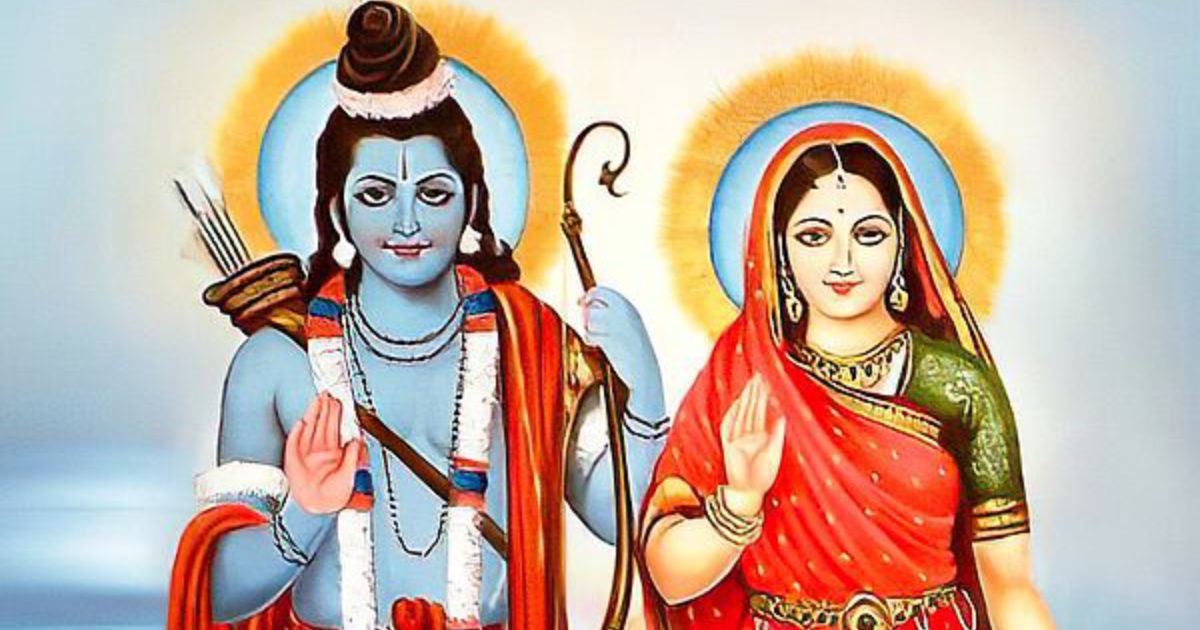 Ratnakara was raised by a hunter as he had got lost in the forest as a child. He had a difficult life and he could not make ends meet. He took to looting and robbing. One day the sage Narada was passing through the forest. Ratnakara saw him and attacked him.

Each one refused to accept the burden. Ratnakara returned to Narada and asked him to guide him. Narada asked him to chant the name of Rama. Ratnakara could not say the name of Rama. His tongue twisted around it. So Narada then said say Mara, Mara. Ratnakara was sitting still and meditating for years. His body was covered by ants’ nest. When Lord Brahma saw him covered by the anthill, he blessed him and called him Valmiki.

All this time he had done what he was asked to do by Narada, upside down chanting (ulta japa), reverse chanting. He was told to chant Mara, Mara instead of Rama, Rama. He could not pronounce Rama, so he was asked to say Mara. However he went on repeating Mara, Mara, and it became Rama, Rama. You can see the play of syllables.

Valmiki’s example also proves that when the mind is undistracted, it becomes absorbed in the mantra and its vibration. Valmiki was inspired by the mantra Rama. If he had repeated Mara, Mara, he would have had visions of death and ghouls. It is possible that in the beginning when he started his reverse chanting, this happened. However as he continued and it became Rama, Rama and a new vibrant quality emerged.

The Rama mantra is a mantra of peace and tranquility. It is given by Gurus for calming a restless mind. If we chant Rama, Rama for five minutes daily, we will see the change in ourselves. Your tamasic nature will change. You will be energized. If you are feeling lazy and sluggish, then chant Ram, the bija mantra of the manipura chakra and agni, the fire element.

Then in your rajasic state chant Rama, Rama who will lead you into a spiritual state. Now we come back to the bandit Ratnakara, now named Valmiki who became a sage and wrote the Ramayana in Sanskrit verse. Valmiki was visited by the Gods, Narada, and Brahma who gave him divine inspiration for writing the sacred book, the story of Rama. Valmiki fell into a meditative trance and saw for himself the life and adventures of Rama and Sita.