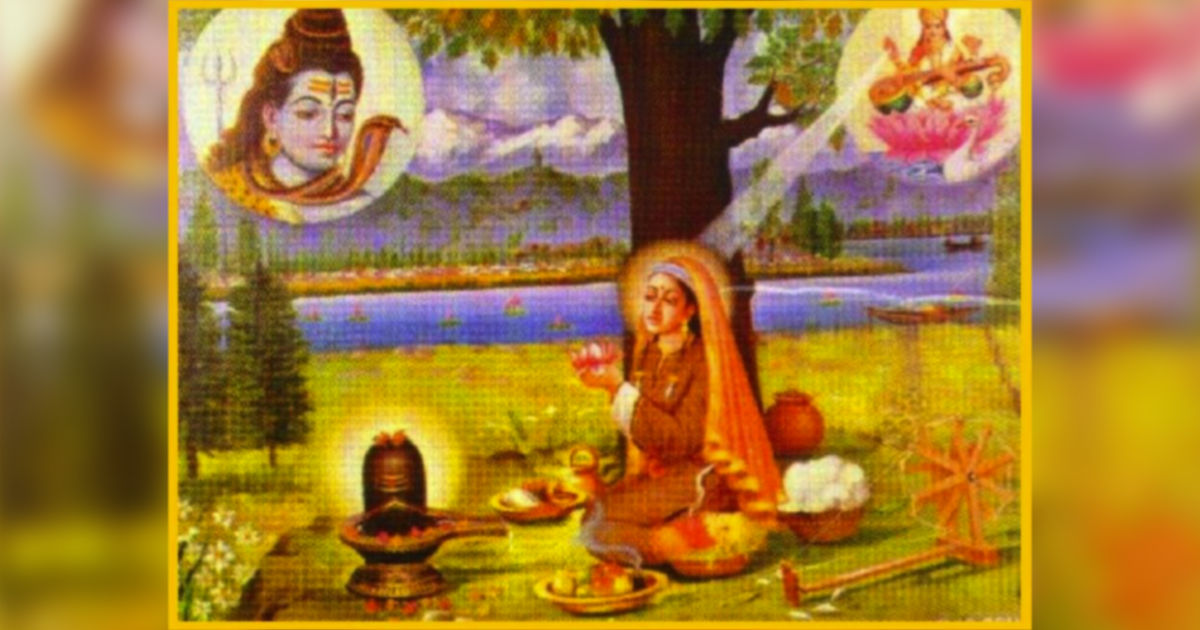 Lal Ded was born in the fourteenth century, and she was a feminist saint and a mystic poet. She had an education as in Kashmir, girls were educated. She was married at the age of twelve. Her in-laws ill-treated her. They starved her and gave her only a handful of rice to eat. She left her husband and became a disciple of Sed Bayu, a Shaivite guru. She shed her clothes and became a digamber swami. She was unembarrassed about her body, she had a huge stomach. In a few years she had eclipsed her guru in wisdom and bhakti. She taught that one should connect with one’s soul and remove ritual from our meditation. She told a priest that a temple and an image were just like stone. She was venerated by both Muslims and Hindus.

Lal Ded’s husband approached her Guru, Sed Bayu and begged him to ask her to come back to him. The guru agreed and there was a dialogue between the husband, Guru and Lal Ded.

Lal Ded’s husband: No light equals the light of the sun. No pilgrimage is there like the one to the Ganga. No relative excels a brother and no comfort is there like a wife.

Sed Bayu: No light parallels the light of One’s eyes; No pilgrimage is there, like the one on one’s knees. No relative’s better than one’s own pocket, and no comfort is there like a warm blanket.

Lal Ded: There is no light like the knowledge of ultimate TRUTH. No pilgrimage, like the one of the love of the Supreme. No relative like the Lord himself.

Lal Ded was an emancipated guru, and she instructed her disciples and Godmen, to discover God inside one’s soul, as an abstract, intrinsic, all pervasive entity.

O, you dull pandit, you offer a living ram to a lifeless stone, it will cover you in woolens. And shield you against cold; it will feed on water and natural grass and crumbs: Who has advised you to sacrifice a live lamb as an offering to a dead rock?

Lal Ded was a Saint who committed herself to being sky clad (digamber) with devotion and renunciation. Her knowledge was deep and ridicule on the street did not affect her faith. She was respected by all and she never belittled other ideologies. She was the originator of the style of Mystic poetry called Vakhs, which means speech. She spoke about her carnal passion freely and its conversion to divine euphoria. Her legacy was a devotional sadhana to Shiva, devoid of rituals. She was responsible for spiritualism being accessible to all through her wisdom and verse.

Lal Ded is a shining example of a liberated and fearless soul. Her clarion call was ascend to a higher level of growth while performing one’s duties in the world. She gave a voice to women. She sang: Dance Lalla, with nothing on but air: Sing, Lalla wearing the sky. Look at this glowing day what clothes could be so beautiful, or more sacred. What could be more beautiful than this verse, and to experience total freedom.