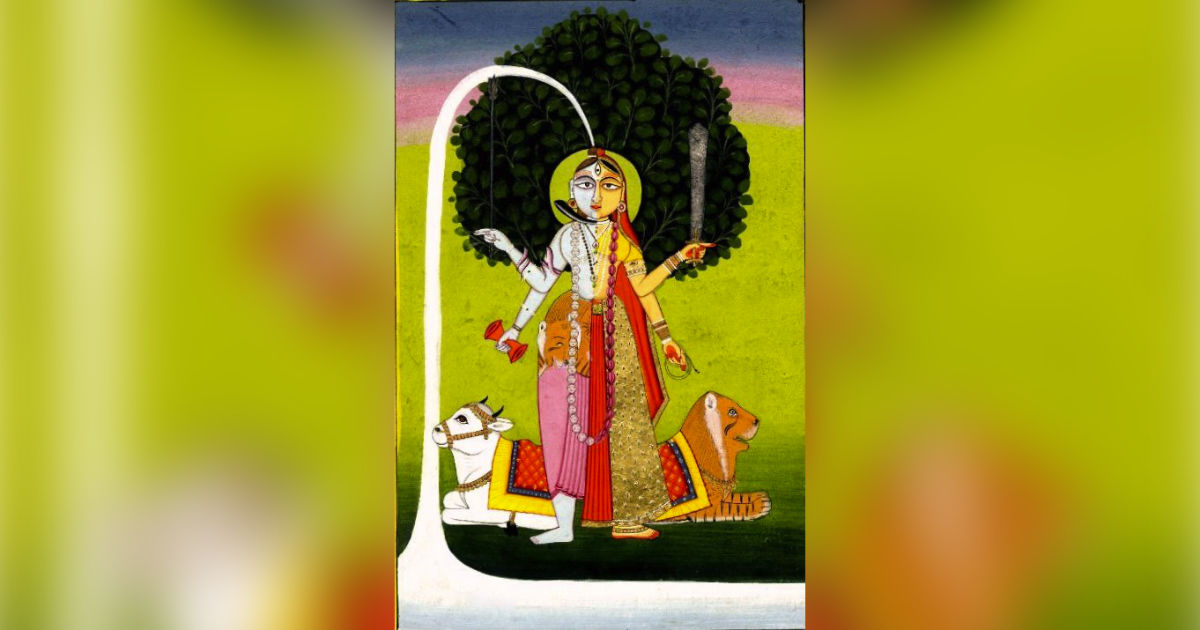 Ardhanarishwara is Shiva and Shakti united in one form, representing the creative principle, the state of Yoga and the notion that everything in creation contains the unity of masculine and feminine principles.

Ardhanarishwara is the explosion of consciousness, the unity inherent in duality. Ardhanarishvara is portrayed in the classical Hindu sculptures as Shiva on the right (male) half side, with the traditional ornaments. Half the hair is piled in a head-dress of matted locks, half of the third eye is visible on the forehead, a tiger skin covers the loins and serpents are used as ornaments. The left (female) half shows hair well combed and knotted, half a tilak (bindi), on the forehead, the eye outlined in black, a well-developed breast, a silk garment caught with a girdle, an anklet, and the foot tinted red with henna.

An earlier description of Ardhanareshwara is given in the Brihadaranyaka Upanishad. It states that the first creature “was of the same size and kind as a man and woman closely embracing. He caused himself to fall into two pieces and from him a husband and wife were born.”

Another popular story from the Shiva Purana is that Brahma created male beings, and instructed them in turn to create others, but they were not able to do so. When Shiva appeared before him in an androgynous form, Brahma realised his omission and created females.