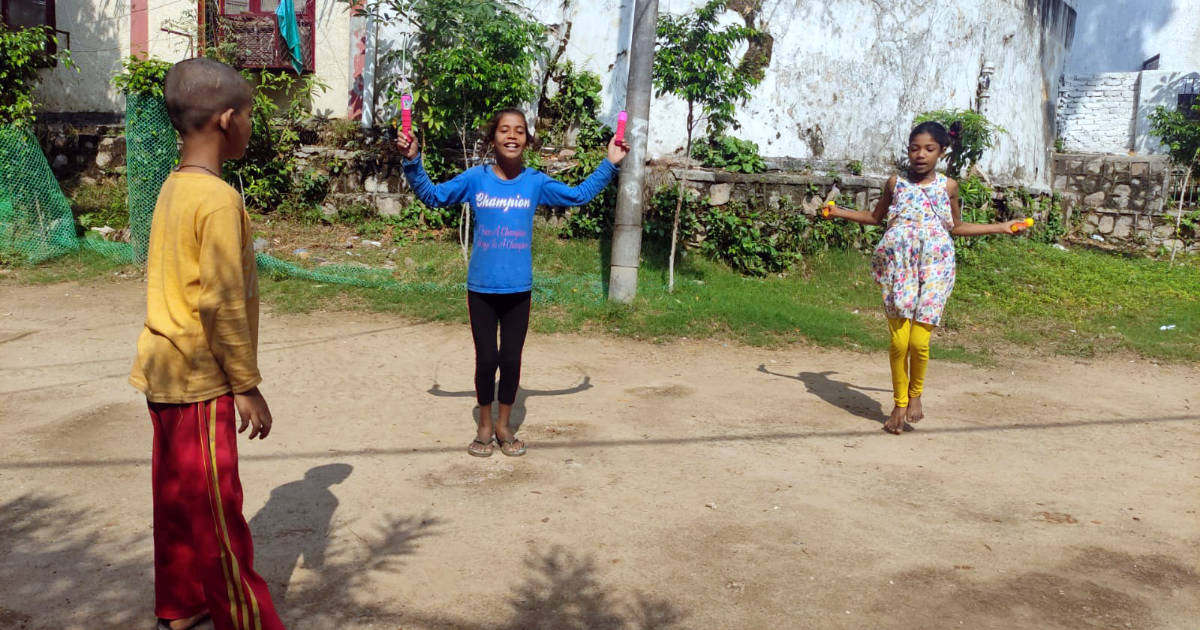 As I wrote earlier that I run an NGO called TORCH, and we work with children of pavement dwellers. Our children are very young between the ages of 3 – 8. We encourage them to come to the project by themselves. Since we are very close to the street, they can come comfortably. Normally they have siblings also so no child actually comes alone. Sometimes the mothers drop them, but that is infrequent. Living on the pavement one has to keep an eye on the possessions, and there is always a minder there.

It is quite remarkable that the children’s clothes do not go missing. And the mothers wash them and hang them on the trees or the road divider. In spite of the traffic and pollution their clothes are clean, and the ones who go to school wear clean uniforms. The children spend a couple of hours with us daily. We have international volunteers also coming to help us. The children go home to the pavement after the session is over. They go in groups and the older children are very caring about the little ones. They have learnt how to cross the road also.

One morning one of the mothers came to the project shouting and screaming at us. Her children never came home. We were really upset and were terrified that they had been kidnapped. Just then the two kids came to the project. The mother asked them where they had gone. They said that they had walked to India Gate where there was a fair, some other kids were also there. They had a lot of fun and then went to sleep.

We were dumbstruck. They were unharmed and looked happy. I can only say that the angels were watching over them. Kids between the ages of 3 – 8, wandering alone!! I will also add that there are good people always about.