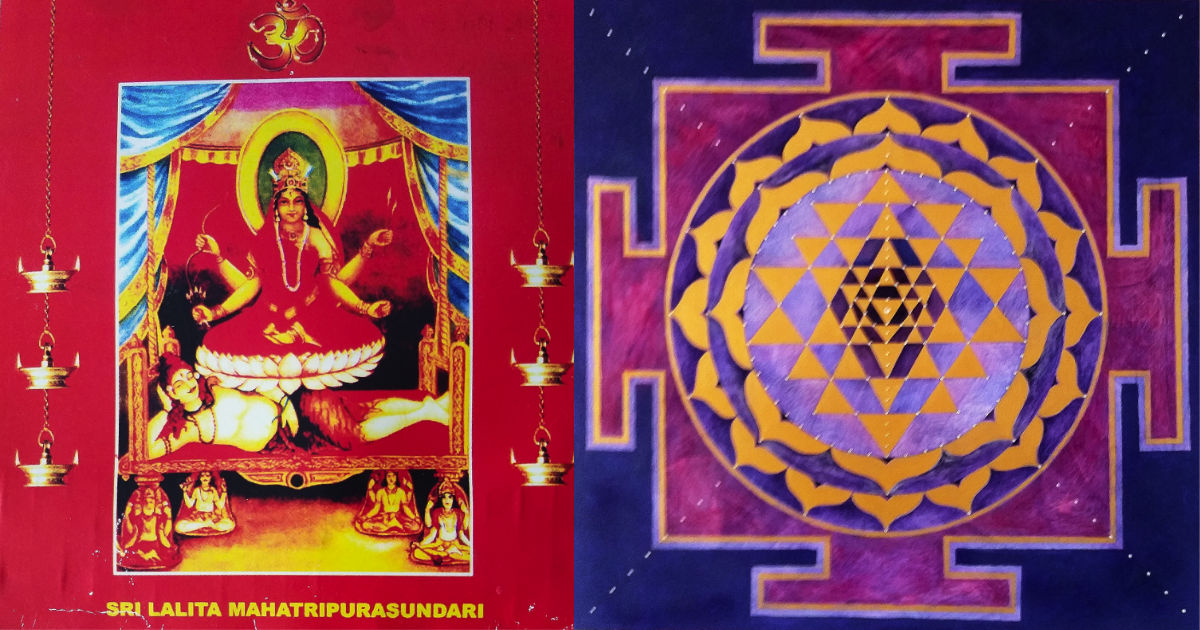 Close your eyes. Visualize and identify the chakras with the Sri Yantra, and then with the island of nine gems, in which the mother goddess resides in all her splendor. The garden is known as Kalpako-dhyana. The seasons have to be meditated upon.

The mother-goddess is the moon, and the sixteen phases are her individualized aspects. She resides in the island which is nothing other than the lunar orb. The world space is divided into nine gems representing the nine planets related to the negotiable world. They are topaz, sapphire, cat’s eye, coral, pearl, emerald, diamond, hessonite, and ruby. The nine gems correspond to the muscles (topaz), sapphire (hair), cat’s eye (skin), coral (blood), pearl (semen), emerald (marrow), hessonite (fat, tissue), and ruby (vitality). 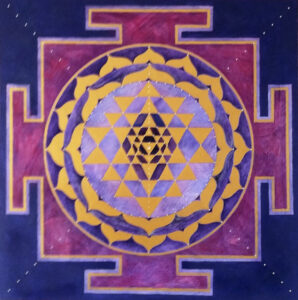 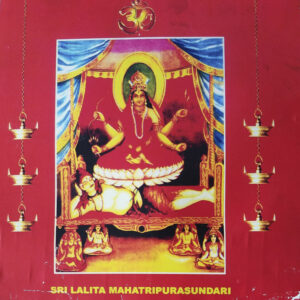 In the visualization practice of the Sri Yantra, the name of the gems which form the ramparts which protect the great garden of the wishing trees are invoked and imagined. Here intentions are the wish granting trees: the luster of the mind is the garden of such trees; and the tastes perceived by the tongue, sweet, sour, bitter, pungent, astringent and salty are the six seasons. Now the explanation is that the devotees mind is the garden, and his intentions can be the effective instruments of spiritual fulfilment. The trees of the heavens grant the desires of those who meditate on them. Since the body is described as the island of nine gems (navratna dvipa), it is possible to propel the mind in the right direction, so that his goals are fulfilled. The mind functions within the bodily framework. It is also compared to the celestial garden, where all the six seasons are ever present together. Each intentions arising in the mind imbibes the celestial quality, which is nurtured by the Goddess’s Grace.

The image of the mother goddess is created in her residence in the forest of wish granting trees. The special wishing tree in the heavens has the power to fulfil all that one desires for ever. In the island of nine gems there is a fragrant garden consisting of many trees which are fragrant, ever flowering and fruiting, and wish fulfilling. There is a four sided fence of the nine gems and in the center of the garden is a large hall made of coral. The hall is supported by pillars which are made of thousand gems, and in this enclosure are three tanks, tank of immortality, tank of bliss and tank of deliberation. In the midst of these tanks is the grove of lotus flowers, in which the mansion of the wish granting gem (chintamani-grha) is located.

The mansion has an entrance in each of the four directions. Inside the mansion is great platform made of jewels, on which the throne for the Goddess is placed. The throne supports a royal cot, the four legs of which are Brahma (the God of Creation), Vishnu (the God of Preservation), Rudra (the God of Destruction), and Ishwara (the Lord of all Creatures). The blanket of the cot represents Sadasiva (the ever auspicious, but inert principle of pure consciousness). On the cot sits Lalita surrounded by nine guardian spirits. The seat of Lalita is described as the yoga-pitha, in the form of a red lotus, with the Sri Yantra design, symbolizing the very heart-lotus of the devotee.