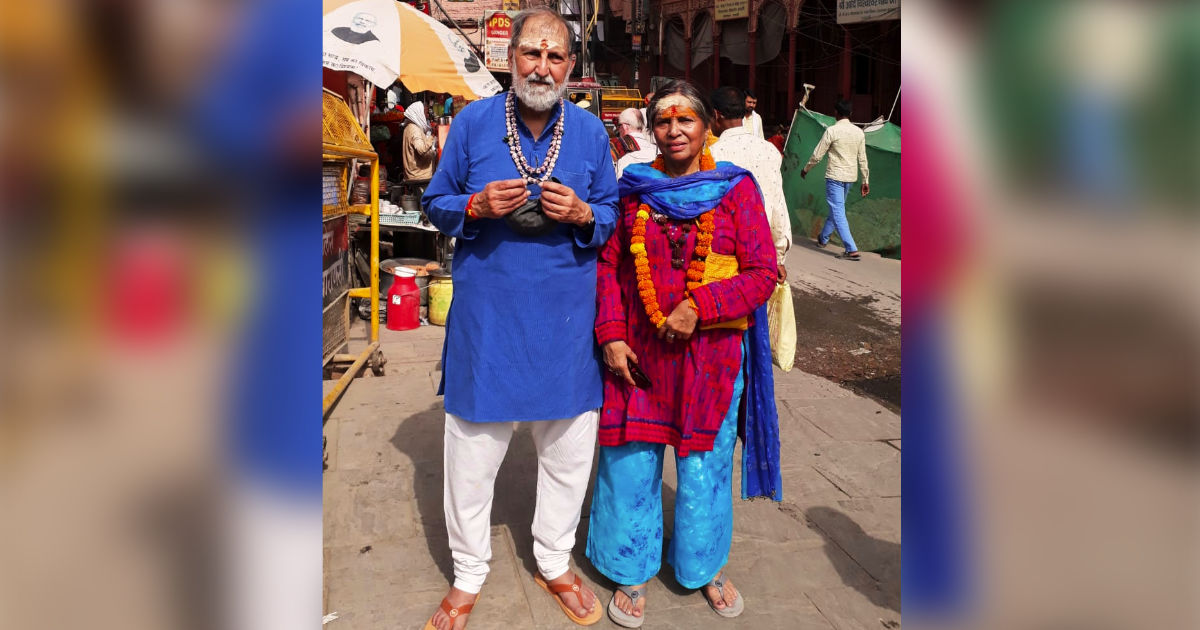 I was in Varanasi with my husband to celebrate our fiftieth wedding anniversary. Varanasi is considered the holiest city on earth for Hindus. It is supposed to be 5000 years old. The place where the supreme light shines, it is believed to be the home of Lord Shiva. When Shiva got married to Uma, the daughter of the Himavat, of Himalaya Mountain, he had to move from his abode in Kailash. Kashi was the most splendid city at that time and Uma was a princess and a goddess. It is believed that the river Ganga pays its respect to Lord Shiva by the direction in which it flows. The ajna chakra is on the banks of the Ganga and the Kashi Visvanath temple is where it is. Annapurna Devi‘s temple is next door.

Our plan was to visit the Vindhyachala temple, where Ma Vindhyachala showers her blessings. Ma Durga became Vindhyavasini and killled Mahishasura. She is also the killer of Demons and these demons reside within us.

We went first to Vindhyachala as it in another place. Our driver was a cannabis chewing gentleman and very casual. He said that he was a taxi driver and as we chugged along he kept asking for directions. We reached the temple by the skin of our teeth. On arrival we were told that the temple would close in thirty minutes. We were introduced to a guide (pandas are people who are cunning and help pilgrims to get a darshan for a price), and he offered to take us. We went into the temple going through a line of two hundred people, all perspiring in the heatwave but drowned in religious fervor. So were we. The temple bells were clanging and as you know the bells clang to remove the negativity within us. I also clanged these giant bells, and the smell of incense was in the air. Finally, we reached the Goddess. I was entranced and the policeman caught me by my collar. My husband was enraged and he shouted at him. In the meanwhile I was not aware that this had happened to me. We left in a flurry as the doors were closing. We reached Varanasi and were happy to be back. I must say that Ma just made my mind blank.

Our offerings to Shiva

Today morning we visited Kashi Visvanath and Annapurna temples. There were many, many people, all holding milk for the Shiva Linga, Garlands made from madar flowers, Bilwa leaves and Datura flowers and fruit. Datura is a toxic plant and it is offered to Shiva, so that one gets rid of all the poison which is within us. We managed to offer our offerings to Shiva. At the Kashi Visvanath temple, one can feel the tolerance of Shiva emanating everywhere. He is called Bhole Baba, which means innocent and he grants all wishes, if one has a clean heart. And then we went to Annapurna Devi’s temple. This temple is really calm and everybody was coming out after darshan with tears in their eyes. Here Annapurna is the nourishing Goddess and she looks benign and loving. I was given a green saree and my offering was a garland of marigolds. Going to Annapurna Devi’s temple was like being in the presence of one’s mother.

As we stepped out of the temple complex, I saw these children with trays with sandalwood paste and a stencil of a trishul. I got one on my forehead as you can see in this picture. 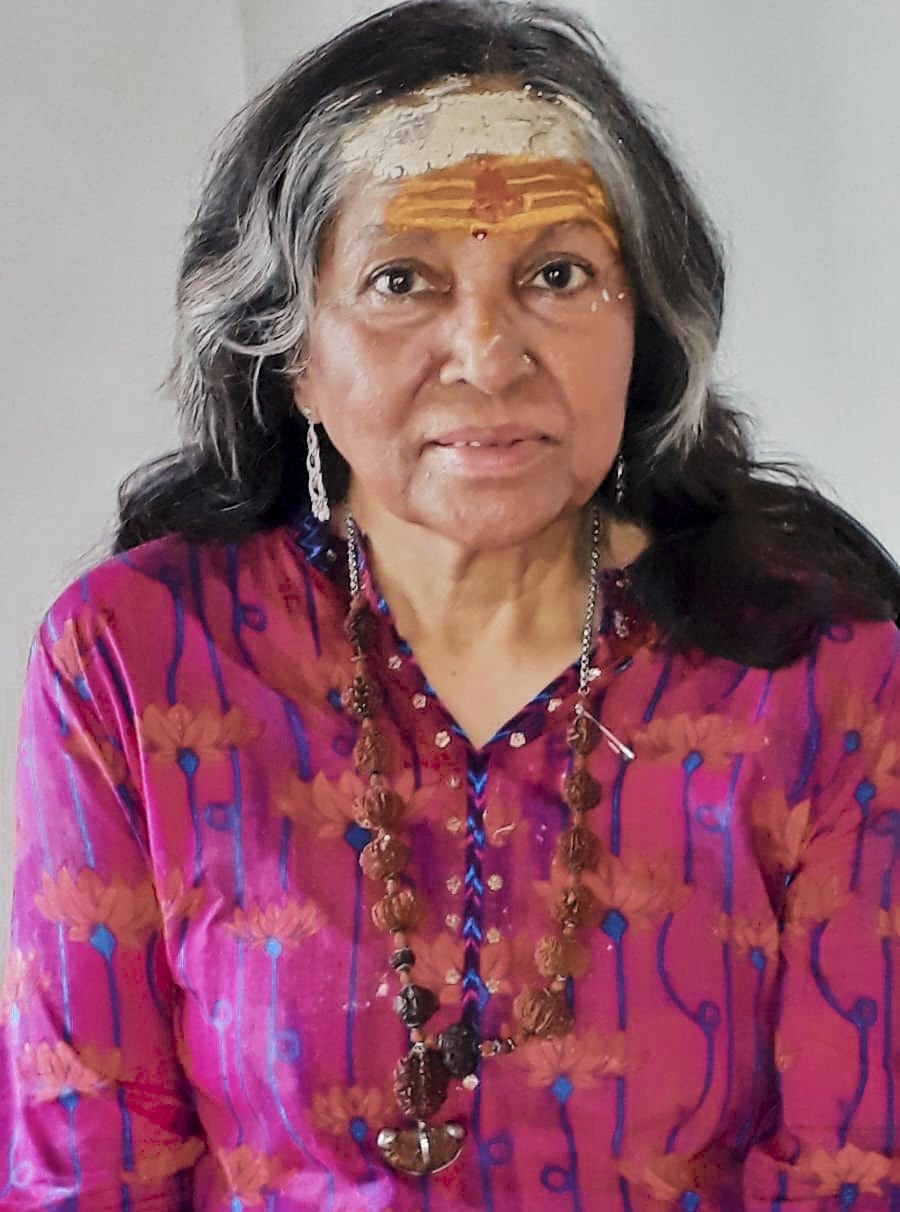