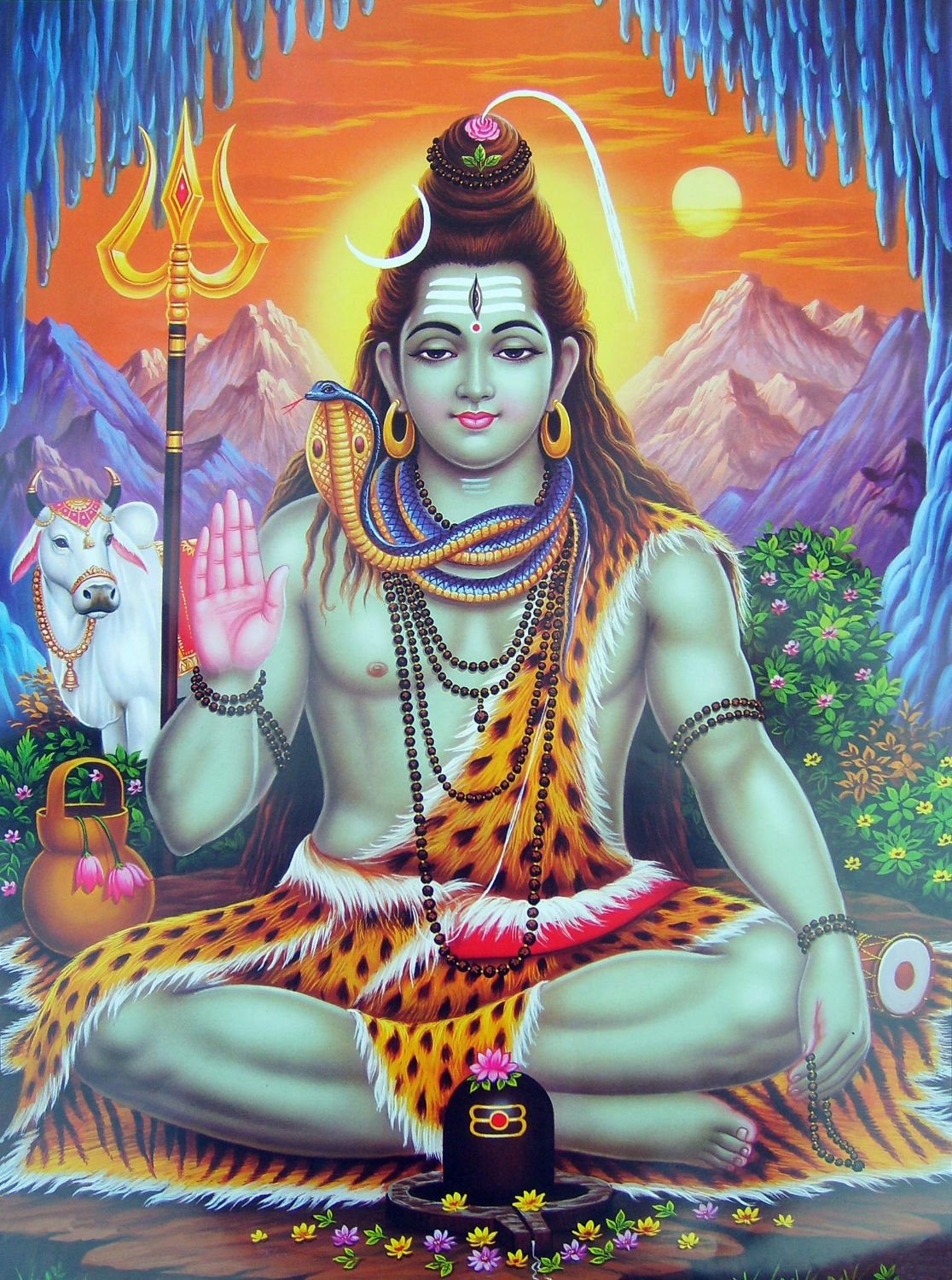 Shankaracharya addresses Shiva, as the great ruler. He says, “O Auspicious One, the Great Ruler, O Compassionate One, O Thou wielder of the Trident, Thou Lord of Gauri and of the creatures, the destroyer of all bondage of the jivas, Thou Lord of Varanasi, out of thy mercy Thou projectest, maintainest and destroyest this world. Thou art the Great Ruler.”

We know of him as the destroyer, the catalyst and that he is part of the Hindu triumvirate. Brahma is the creator, Vishnu is the preserver and Shiva is the destroyer. And today Maha Shivaratri is celebrated. It is a divine night when Shiva through his cosmic dance of fusion with Shakti, leads to liberation and emancipation of our souls. Shiva is the first Yogi. He does not live in the heavens, but in cremation grounds, where our corpse is reduced to ash which leads to rebirth.

Now visualize Shiva. He is a composition of many symbols. He has a cascade of dread locks, and Ganga descends on his head as a rivulet representing absolution of our karmas. Ganga is a mighty river once she touches the earth. He is the only God with three eyes. When his two eyes see the world of duality his third eyes remains closed. The eye of unity only opens when the eyes of duality are closed, and everything is dissolved. That is why the opening of the third eye signifies death and destruction of the cosmos.

Shiva has a blue throat, as he drank the cosmic poison, called halahala. He was the only God who could do it. He saved the universe. Shiva’s body is smeared with ash. Ash is what remains after all the elements are burnt and fused into one. Ash represents non-existence. Symbolically, ashes represent the essence of birth and death. Shiva lives in an absolutely isolated spot – the plateau of Tibet and the mountain of Kailash.

Shiva dresses like a Sannyasin. He wears a magical tiger skin, which is conjured by him and is not a real skin. It symbolizes the prana Shakti or energy. He wears a necklace and bracelets of snakes on his neck and arms. The snakes represent awakened Kundalini Shakti. He is considered the ishta devata of sannyasins, because of his ability to maintain perfect spiritual equilibrium. He is ever conscious of the imbalance between creation and destruction.

He is the Supreme Yogi

He also collects people and animals, who are constantly quarrelling amongst themselves. They are literally after each other’s blood. His assistants are ghosts, demons, ghouls and goblins. Shiva has a wife, Parvati and two sons, Ganesha and Kartikeya. Each family member has a mount, Shiva’s mount is a bull, Parvati has a tiger, Ganesha has a rat and Karitkeya a peacock. Now visualize, as to can how they all live in harmony. The lovely and gentle bull is afraid of the tiger, the peacock is eyeing the snakes and the snakes are watching the rat. However there is always peace because Shiva has no conflict or confusion and he is comfortable with his identity. There is perfect equilibrium. This is Swami Niranjananda’s description of Shiva.

“There is no peace in the Himalaya and there is no noise in the world. It is in our own mind. If the chattering of the mind continues, even in the remotest corner of the Himalayas, you will not find peace, but if the mental chattering has been stilled, you will find absolute silence even in the middle of the market.”

Shiva represents this purushartha or attainment. Worship of Shiva leads to the connection of our spirit with our mind and with our auspicious self.

Rejoice and meditate on Shiva.