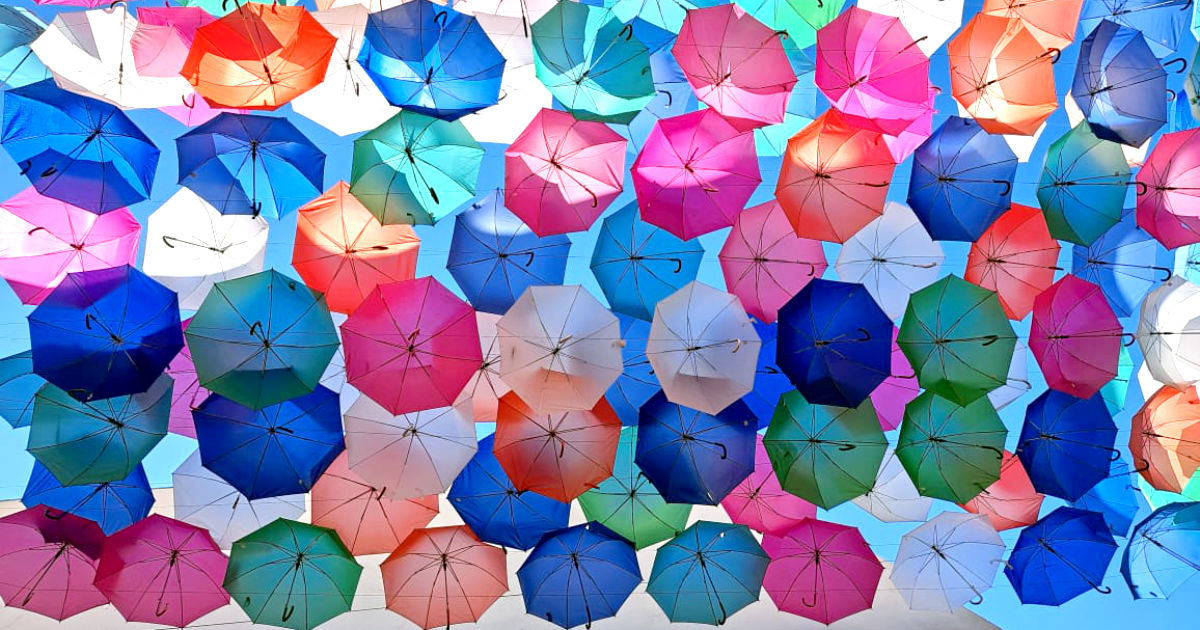 When we think of umbrellas, we think of a protecting force or influence. Umbrellas are never thought of as negative objects. It prevents us from being exposed to rain, snow, and sunshine. The umbrella also signifies the canopy of the heavens, and our shelter. It is a symbol of the sun, and a symbol of the shade. It also represents power and dignity. Umbrella also means something that brings unity, and one agency can be an umbrella for many smaller and related agencies to flourish.

In ancient Egypt, the umbrella was used for ornamental purposes, and emphasizing nobility and power.

In ancient Greece, a white umbrella carried by the priestesses of goddess, Athena. White parasols were also associated with the gods who represented the harvest and fertility.

In Hinduism, the parasol is a traditional symbol of both protection and royalty. A jeweled parasol is used to protect the individual from the heat of negative forces such as lust greed and suffering, which are hurdles in the path of enlightenment.

In the Catholic church, the umbraculum translate as a big umbrella is used to shade the Pope.

The sky can be described as an umbrella. Looking up at it we feel blessed. The leaves of the trees in the forest form a canopy and give us a sylvan shade to walk under. Monkeys spend hours every day sitting high in the canopy. Standing under a waterfall we have an umbrella of water over us.

“If you don’t remember your umbrella even when it rains, you’ll never remember it!” – Mehmet Murat Ildan