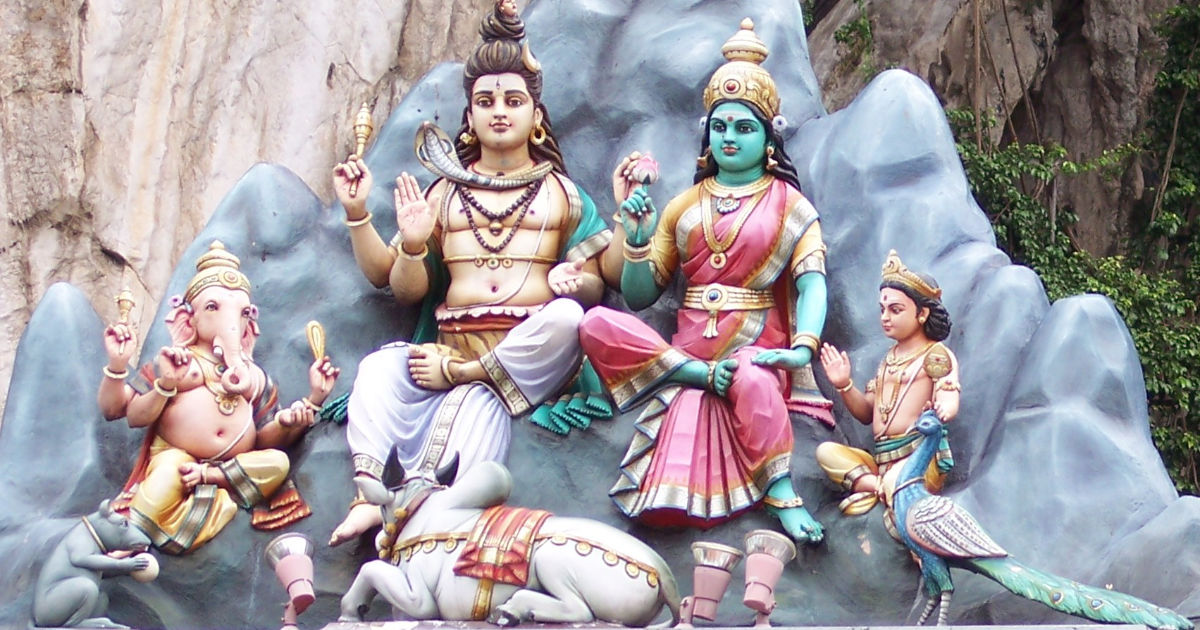 Parvati is the power of Shakti of Lord Shiva, the beloved wife of Shiva and the mother of Ganesha and Kartike. She is the Yogamaya of Lord Vishnu, she tied a rakhi (sacred thread) on Vishnu’s wrist, thus making him her brother. She wears a Mangal sutra (a string of gold and black beads), which is a sign of marriage for Hindu women round her neck.

The gold in the mangal sutra represents Parvati and the black beads represent Shiva. She is considered a complete incarnation of the supreme goddess, Lalita, according to Shakta texts and according to Shaiva texts, she is the complete incarnation of Para Shakti, because both have the same origins and both are related to the tantric forms of worship.

Parvati is the mother of the universe, mother of compassion, fearlessness, and truth.

I am going to give you a:

Be comfortable. Your spine must be straight. Close your eyes. Chant Aim Hrim Klim three times.

Meditate on her full form radiating light. See her with a golden crown on her head, which is studded with bedazzling jems. They glitter like the stars. They form a rainbow on her head, and this rainbow resembles the crescent moon. She has a brilliant smile which is full of love and compassion. Her gaze enables one to dispel all fears. Be enrapt with mandala.

Stay with the visualization.