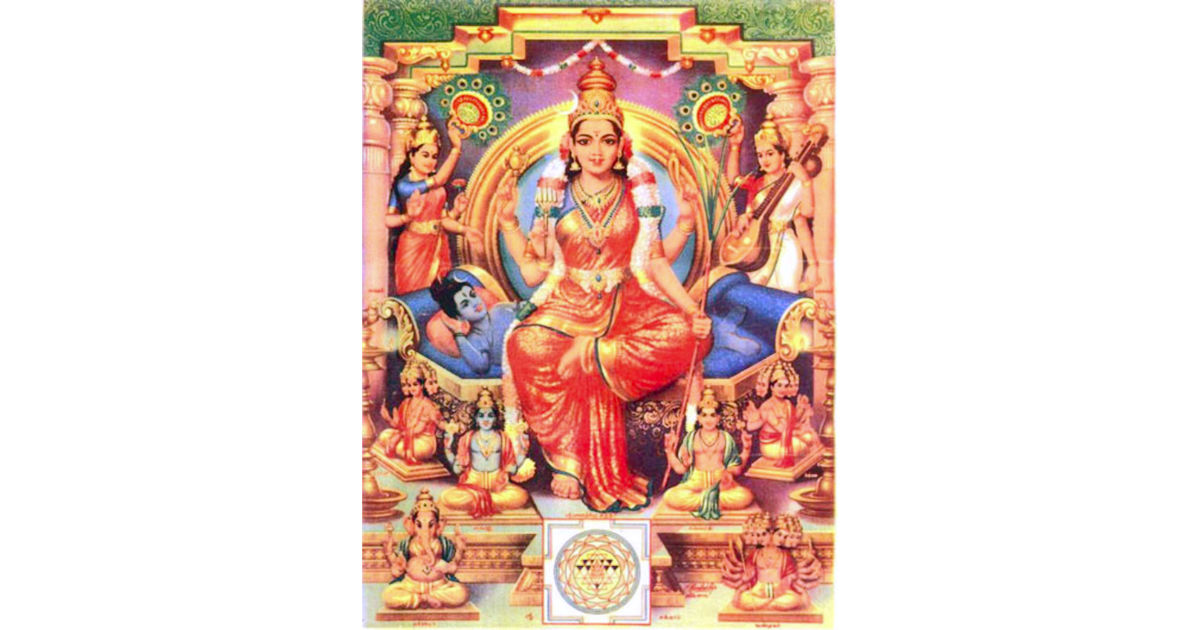 Tripura Sundari is also known as Sodasi, Lalita, Sri Vidya and Rajarajeshwari. Her worship centers on the worship, meditation, mantra and Sri Yantra. Tripura Sundari is identified with three channels of Kundalini Yoga. She is the cosmic queen.

The Sri Vidya Mantra is divided into three parts or three peaks, the power of speech, the power of desire and the power of the underlying Shakti of the cosmos. Brahma, Vishnu and Shiva are identified with the three peaks. Tripura Sundari undertakes the three principal cosmic functions of creation, preservation and destruction. The entire universe is formed from a tiny speck of dust from her foot. She is the essence of auspiciousness.

Aim is associated with Saraswati.

Klim is associated with miraculous powers. It corresponds to the power of Durga or Kali.