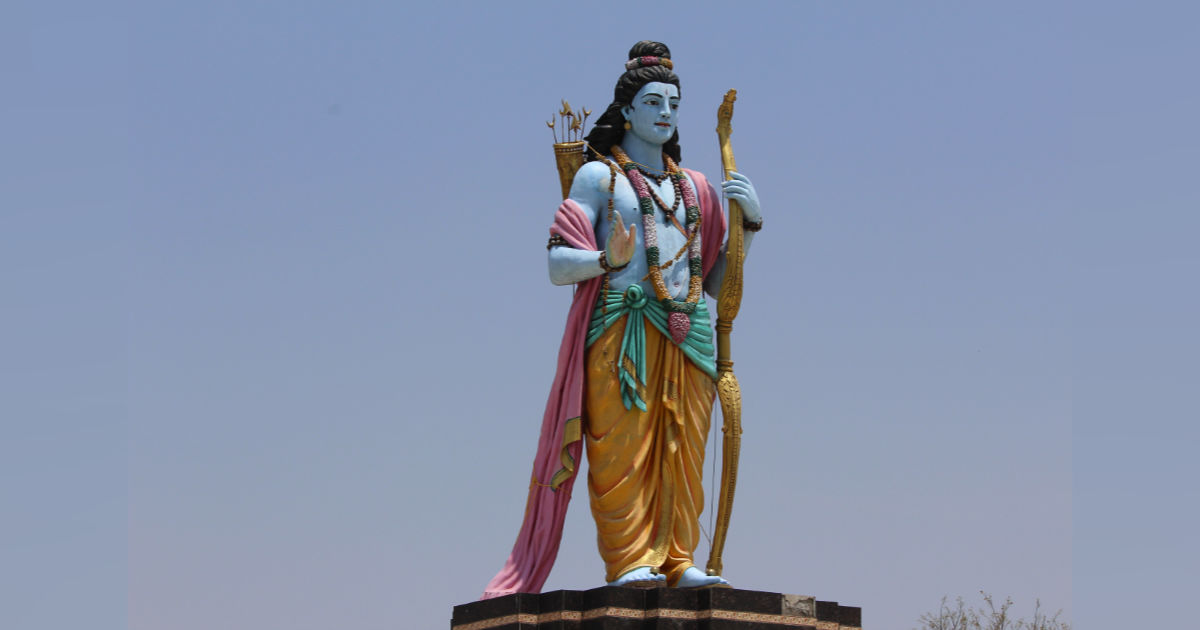 Is it possible for us to emulate Rama? What is Ram Rajya? Can we make this earth, Ram Rajya, so we have love and peace prevailing? No wars and food for all.

Ram Raj is the kingdom of God. Equal rights to rich and poor. We have to look within ourselves. We have to address our faults and shut our eyes to the faults of our neighbors. Practice Atmabhava. Love for our fellow beings.

Throughout his life, Rama behaved like an ordinary mortal. He wept bitterly, when he lost his wife. His tears made the clouds cry, when his brother, Lakshman got grievously hurt and fell down on the ground unconscious. How did this happen when Rama was an incarnation of Vishnu? The answer is that Rama had come as an ordinary mortal to the earth to destroy Ravana and therefore he had normal reactions. No God could kill Ravana, that was his boon.

Rama’s name, form and code of conduct have influenced us for centuries. The word Rama is interpreted as the essence of the thousand names of the Lord. It is the Taraka mantra, which is derived from the roots of the two great mantras, the Asktakshara, OM Namo Narayanaya and the Panchakshara, Nama Sivaya. It takes one across the ocean of samskara or death. Even incorrect pronunciation of the name purifies one. Rama Nama burns ignorance, passion and sin.

The Mahatma said that he asked people to chant the name of Rama, because countless generations have chanted his name, the name familiar to the animals, birds, trees and stones of India. A story in the Ramayana, describes how a stone by the roadside, sprang to life at the touch of Rama’s foot.

Swami Niranjananda Saraswati said that Rama was never egotistical, he never considered himself to be the almighty. Even when he was with his father, he was like a disciple and not like a son. When he fought Ravana, and defeated him, he stood near his feet. Ravana himself was a realized soul, though he had deviated from the path. Rama is criticized for not accepting Sita back, though he knew she was pure and was Shakti. In her own capacity, she could have turned Ravana to cinders. She had a role to play in the order that morality and faith were restored.

After ten years of the golden age of Rama Raja, there was no respect for duty and truth. Rama knew that he had to make a decision, he decided to give up (Shakti), Sita. Sita was pregnant and she had her children in the ashram of the Sage Valmiki. She had twin sons and they were pure sattwic children.

They subdued the power of Rama, which was represented by the Ashwa-Megha (horse) yagna, by capturing the horse. Rama performed this Yagna because of the mass killings which had occurred in the Rama Ravana war and he wanted redemption, before renouncing is throne. Rama was first and foremost a king who was committed to his subjects. He was spiritually and morally responsible for them.

Swami Satyananda Saraswati said his Guruji used to sing, “In earth, air, fire, ether and water is Rama. In the heart, mind, prana and the senses are Rama. In the brain and arteries is Rama.”

Photo by Pavan Kumaar on Unsplash