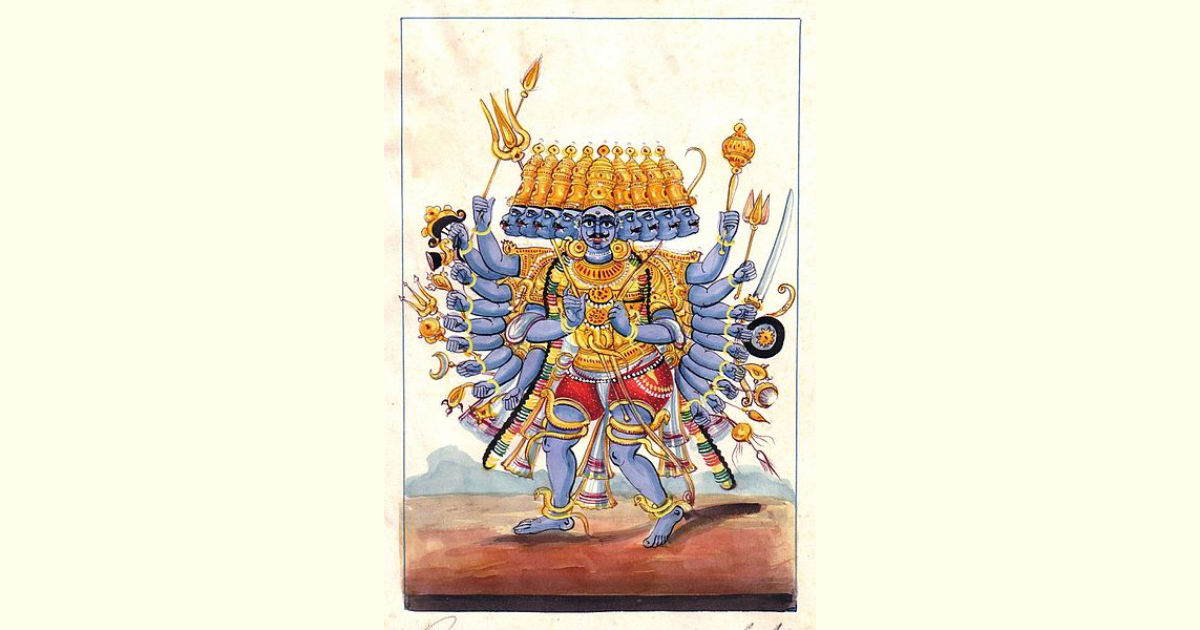 Ravana had been granted a boon from Lord Brahma that no God or demon could kill him. He thought that he was invincible. He also received a flying chariot and he could change his shape. He did not realize that the boon did not stretch to humans. And he could be killed by a mortal.

The Skanda Purana relates an incident wherein Ravana earns Parvati’s curse, when he shows disrespect to her. It is said that once Ravana desired to have a vision of Shiva. He cut off his heads as an offering to Shiva. When he was ready to cut off his tenth head, Shiva appears before him and grants him the boon that his heads would grow back even if they were chopped off. Ravana fell at his feet, and only five of his heads touched the right feet of Shiva, while those on the left did not bow to him. When Parvati saw this, she cursed him, because she is the left half of Shiva and Ravana showed disrespect for women. She said that his downfall would be through women.

Rama is a mortal incarnation of Vishnu, who came to save the universe from the terror unleashed by Ravana. Rama had no idea that he was a super human. He went to Sage Agastya Muni, who gave him the Aditya Hyrdayam (Surya Mantra). The Aditya Hyrdayam is a prayer, which is a glorification of Surya and asked him to chant it three times. He emerged victorious and was able to rescue Sita, who had been taken by Ravana.

The translation of Aditya Hyrdayam is an invocation to the Sun God, Surya. He is addressed as the lord of the universe. He is the remover of all obstacles and diseases. He bows to him and ask for his blessings. It is considered one of the most ancient and powerful prayers. The Sun God is Brahma, Vishnu and Shiva. He is all the Gods, Devas and seers combined. He is the protector of the Vedas. The prayer has to be performed with a concentrated mind and devotion.