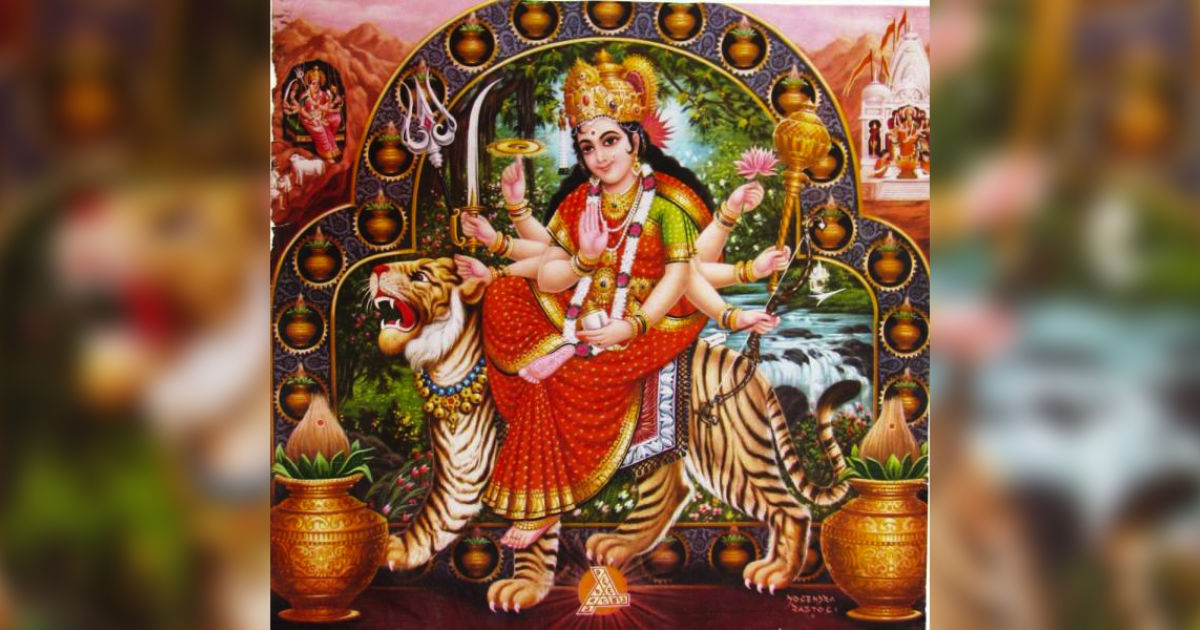 Every important Hindu God has an animal as its vahana (vehicle). They are never without them. In Sanskrit vahana means that which carries or that which pulls. These vahanas are either animals or birds and they represent the various spiritual and psychological energy that bears the Gods. The vahana may wear a saddle upon which the deities sits, or they may pull a chariot, driven by the deity.

In pictorial representations, sometimes they are walking alongside. They also carry on a conversation and give their opinions. Occasionally the vahana may act independently from their gods. They also represent them and sometimes come to the rescue of disciples or other gods who are in distress. Also a lesser god can become a vahana for a major god.

The Gods and their vahandas

Goddess Parvati’s, Durga’s, Kali’s mounts can be either the a tiger or a lion. These animals symbolize mercilessness, anger and pride – vices which by worship of the goddess, the devotee can overcome.

Goddess Saraswati’s mount is the swan, which represents her as being the goddess for the arts.

Goddess Lakshmi’s mount is the white owl, who is her twin sister Alakshmi.

Shiva rides Nandi the bull, which stands for brutal and blind power, as well as the sexual energy which is present in all of us. It can be controlled only by meditating on Shiva.

Vishnu sits on a primal serpent, which represents the desire of consciousness in mankind. He also sits on Garuda, a giant eagle when he is flying.

Ganesha’s carrier is the rat which represents uncertainty and insecurity, which we all face when we start something new in our life. By praying to Ganesha we overcome these obstacles and are successful in the project or job.

Agni rides the ram. The goat is considered a sacred animal in Hinduism as it sacrifices its life for offerings, and as a food for mankind. The ram serves Agni forever.

Indra rides a white elephant who is the king-God of elephants.

Kartikeya rides a peacock. The peacock was originally a demon.

Shani rides a crow. The crow represents a great deal of tension in one’s life.

Sheetala rides a donkey. She cures diseases and by riding a donkey she shows us that we must love and protect all animals.

Vayu controls a thousand horses. Vayu is invisible and so are his horses, he is lord of prana and the wind.

Vishwakarma rides an elephant. Since he is the divine architect of the universe, his vahana the elephant carries him on his missions.

Yama the god of death rides a black buffalo. The buffalo is a male buffalo and he is black. Black colour represents the unknown world after death. It is believed that a male buffalo is an animal without feelings and therefore he is the ride of Yama. Death comes upon us unannounced and uncaring.