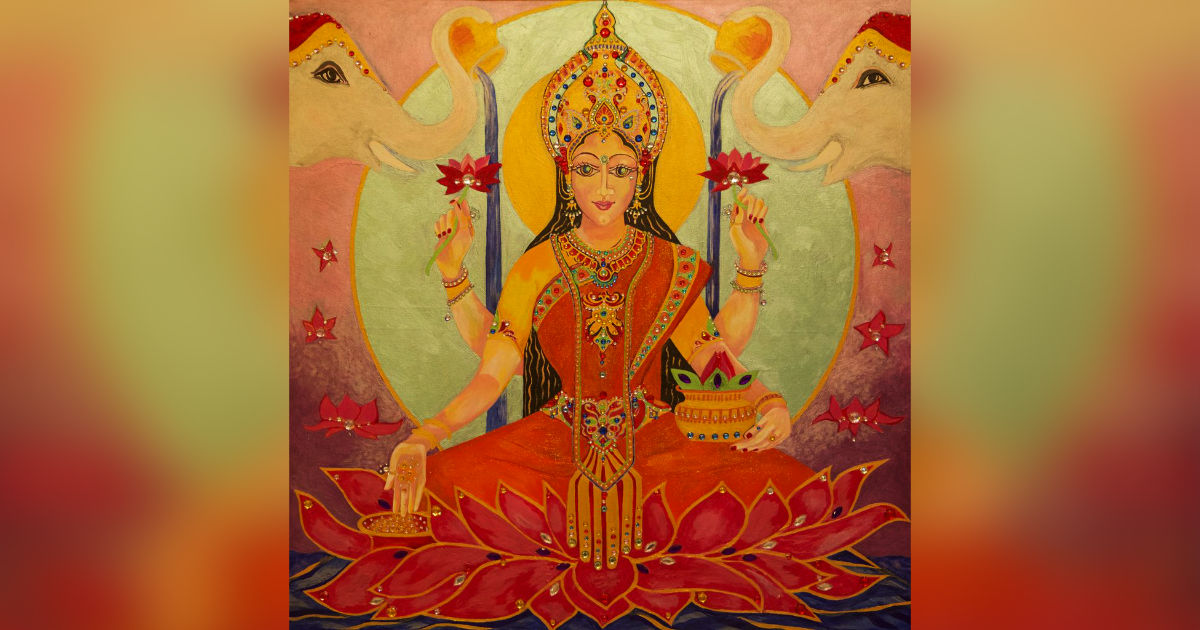 Lakshmi Tantra is a very sacred form of practice. In it, we consider Lakshmi as the cosmic mother and her expectation from us is devotion and pursuit of truth. The Lakshmi Tantra is also dedicated to the worship of Vishnu.

The timeline for its compilation is between the eleventh and fourteenth centuries. The text deifies not only Adi Para Shakti, Goddess Lakshmi (the Shakti of Vishnu – Narayana) but also women in general (as being created in the glorious form of Lakshmi). It deals with Pancharatra (five nights of worship) agamas. It depicts two types of yoga, mantradhyana (meditation on God with form and repetition of mantras, and yogabhyasa (eight fold path of Patanjali). The only objective to be fulfilled is the desire of the individual worshipper who wants to attain moksha.

There are no rituals in Lakshmi Tantra to perform. The following philosophy is given Jnana (only knowledge) of God is the ultimate reality which leads to freedom from the cycle of death and rebirth. God is pure consciousness (Parattatva) and is Brahman as mentioned in the Upanishads and the Vedas. Religious practices such as sacrifices, study of the scriptures and donations enable but they will not lead to moksha and liberation.

Shrim is a Bija mantra for Lakshmi. It means that continuous chanting of this mantra will bring gain and prosperity in life. We will attain equilibrium and harmony.